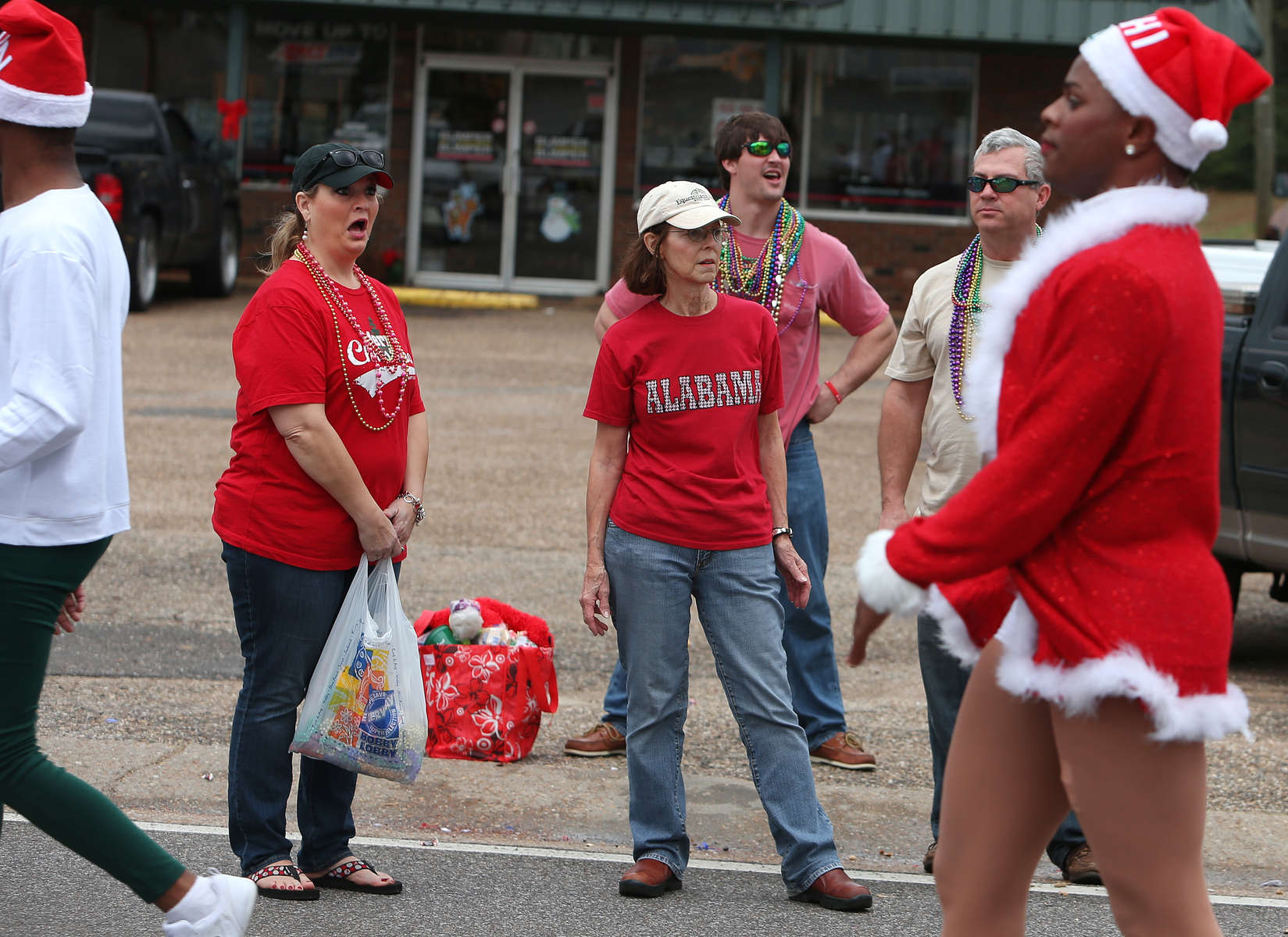 The Prancing Elites, a gay all-male J-sette dance group from Mobile, Alabama, performs in the Semmes, Alabama Christmas parade on Saturday Dec. 21, 2013. Although they were invited, their performance outraged many in the small conservative town north of Mobile, including the parade's organizers. A few days later they were disinvited from performing in Mobile's annual New Year's Eve parade and the controversy was reported by news outlets around the world.