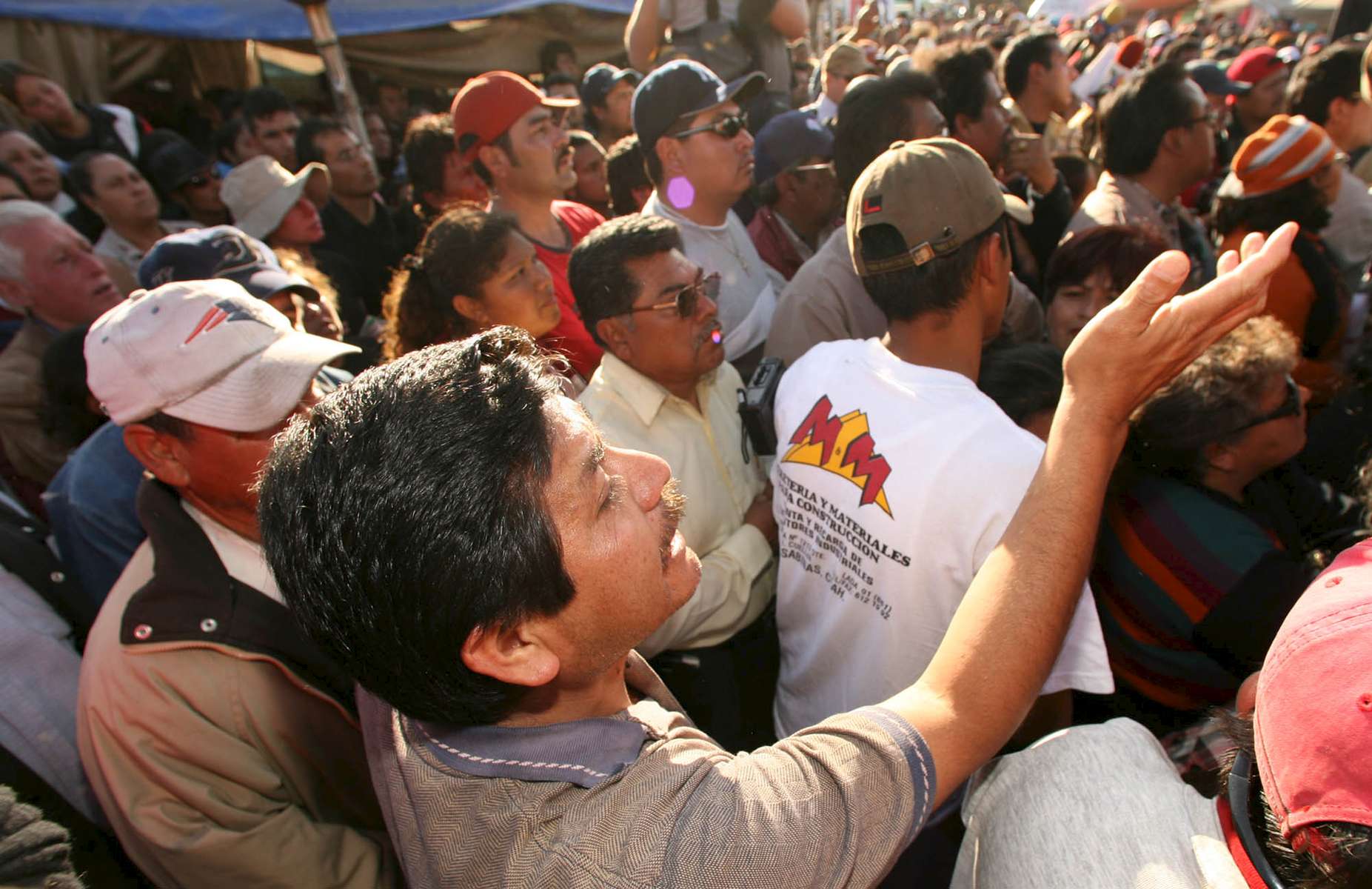 
A man who did not want to be identified screamed complaints to officials during a press conference in front of the Pasta de Conchos coal mine in San Juan de Sabinas in the Mexican state of Coahuila Tuesday. Family members waited outside the Pasta de Conchos coal mine Tuesday. In the Early morning on Sunday 65 miners were trapped 163 meters below ground after an explosion.