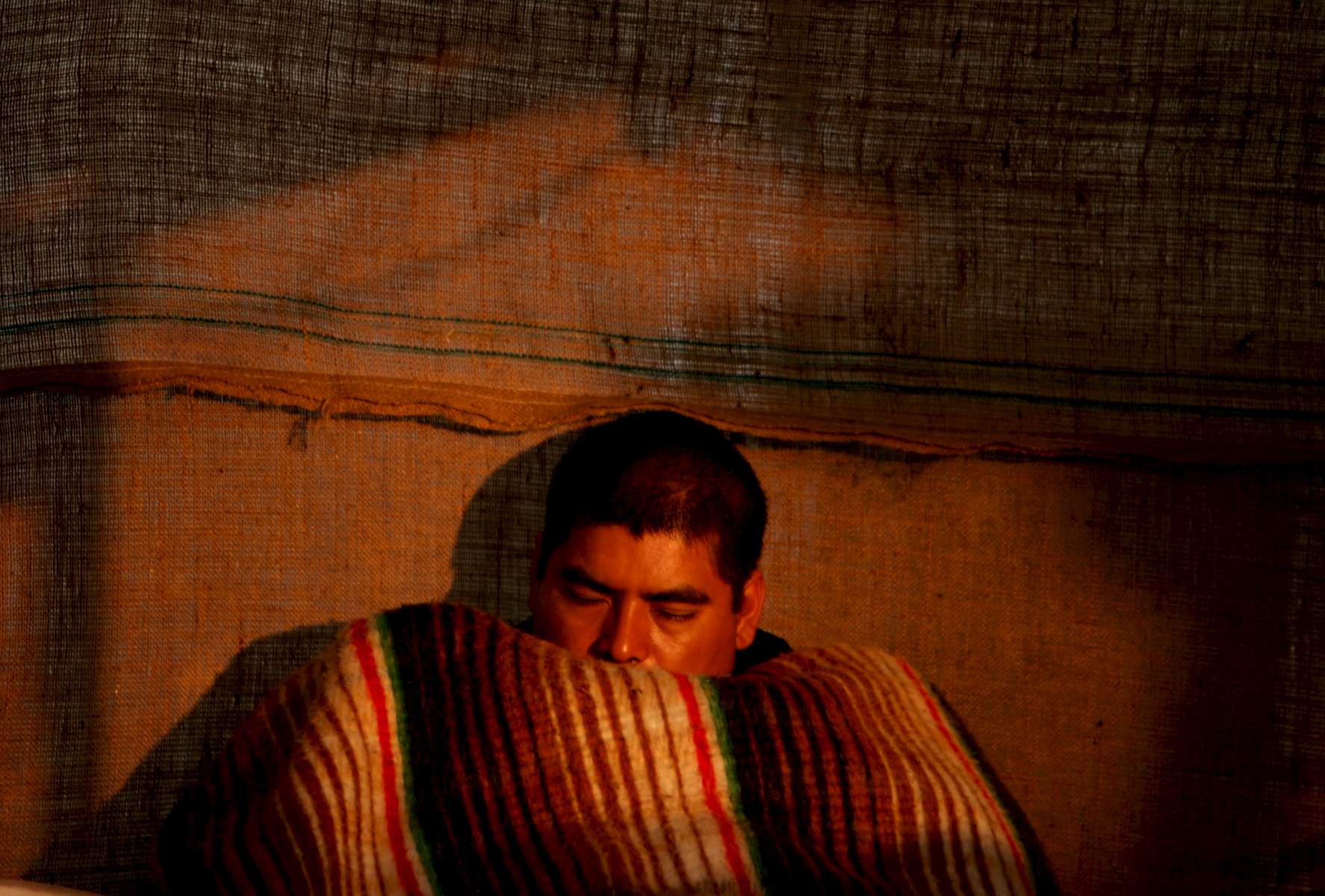 
Jesus Alvarez sleeps Saturday morning where he was holding vigil in front of the Pasta de Conchos coal mine in San Juan de Sabinas in the Mexican state of Coahuila where his father, also Jesus Alvarez, was trapped Sunday after a mine explosion. Families learned Saturday that last Sunday's explosion created temperatures too high for survivors. In the Early morning on Sunday 65 miners were trapped as much as 2000 feet below ground after an explosion.