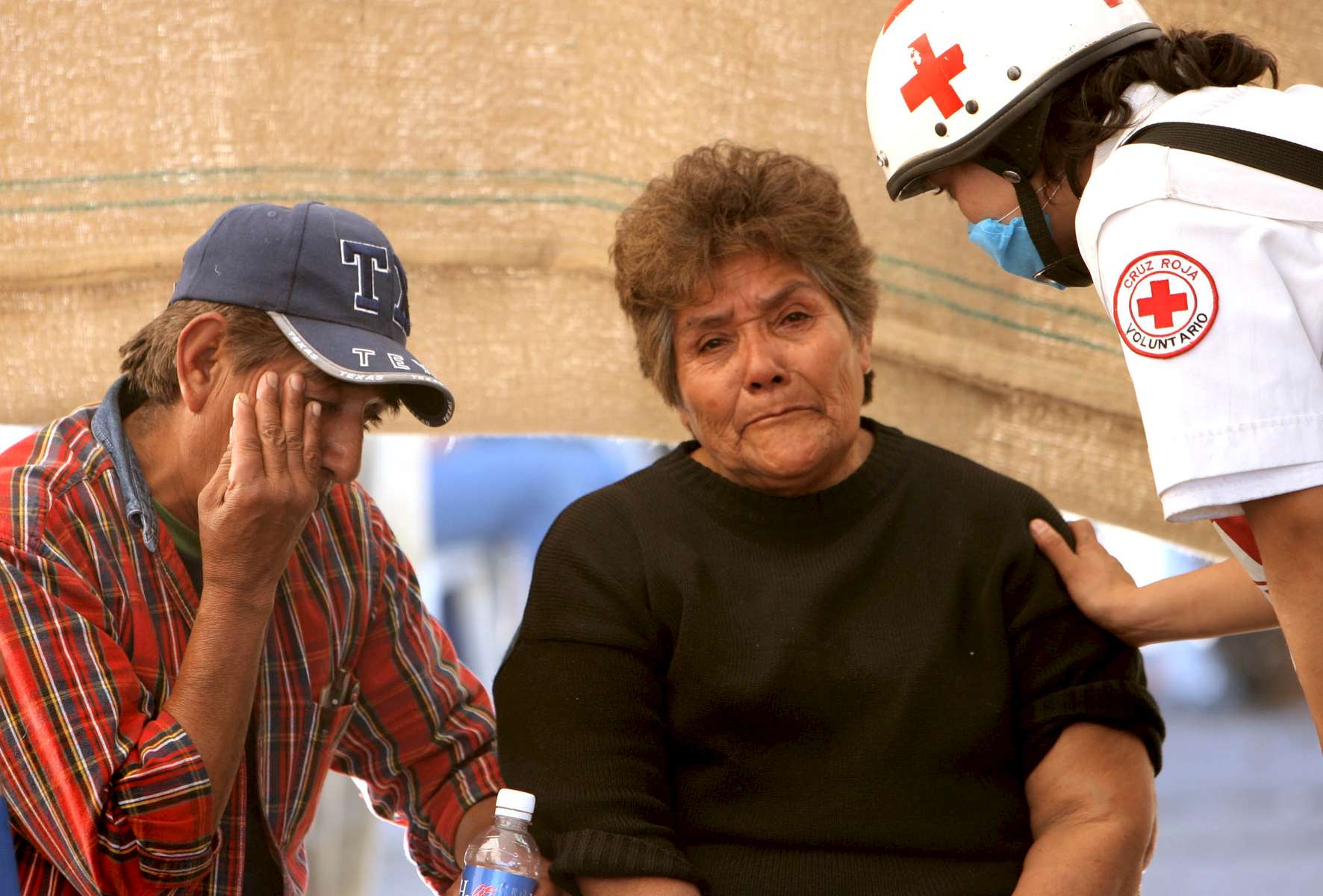 
A red cross worker comforts Petra Arteaga Garcia, center, and her brother Miguel Arteaga Garcia after they received news Saturday that the explosion at the Pasta de Conchos coal mine in San Juan de Sabinas in the Mexican state of Coahuila created temperatures too high for survivors. Their brother, Juan Raul Arteaga, 46, was trapped in the mine. In the Early morning on Sunday 65 miners were trapped as much as 2000 feet below ground after an explosion.