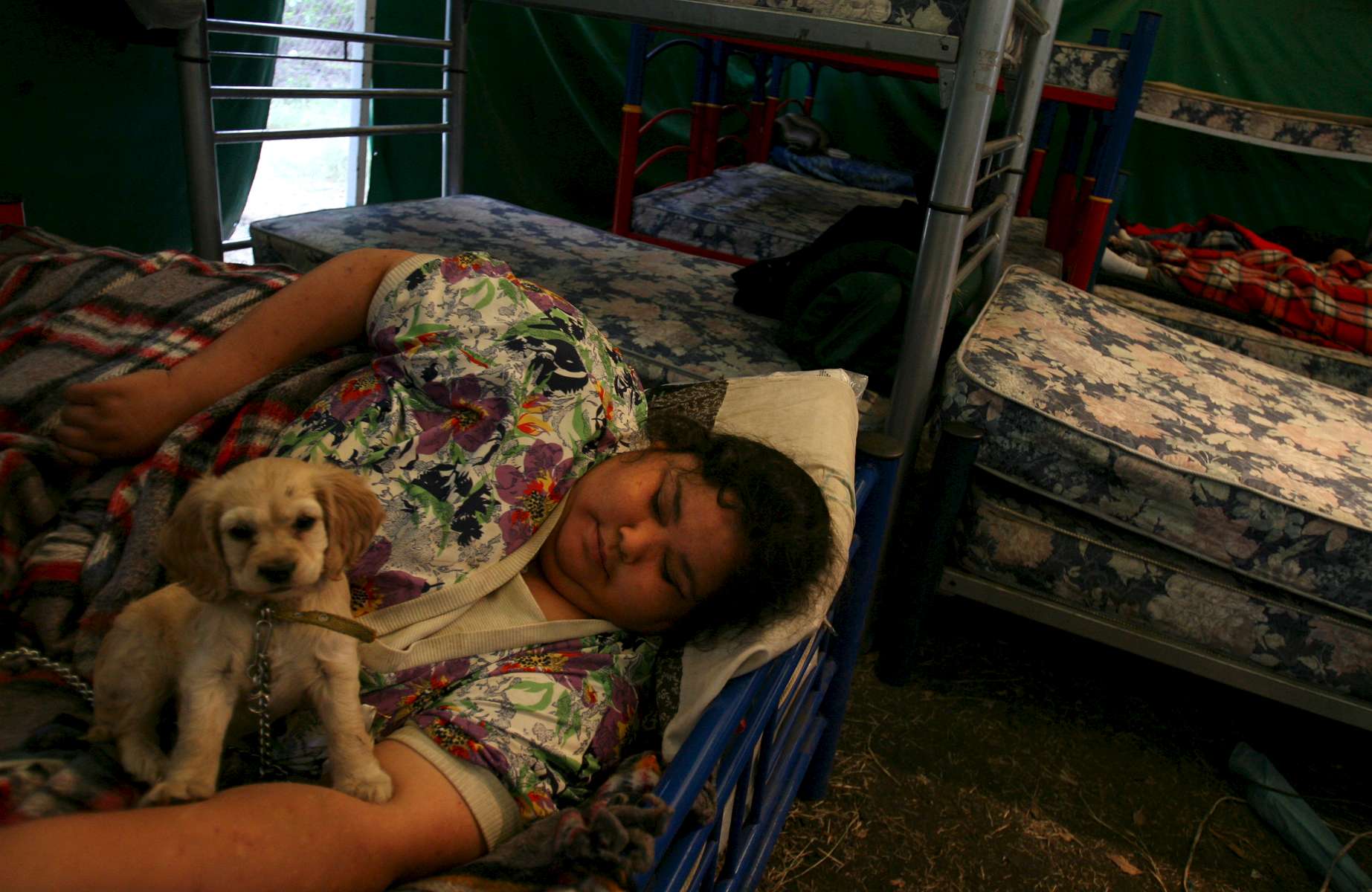 
Alicia Pecina of Palau rests with a puppy her sisters gave her in a tent set up for families of trapped miners at the Pasta de Conchos coal mine in San Juan de Sabinas, Mexico Friday March 17, 2006. Her husband, Jorge de Hoyos Marquez is trapped in the mine. In the Early morning on Sunday February 19, sixty-five miners were trapped as much as 2000 feet below ground after an explosion.