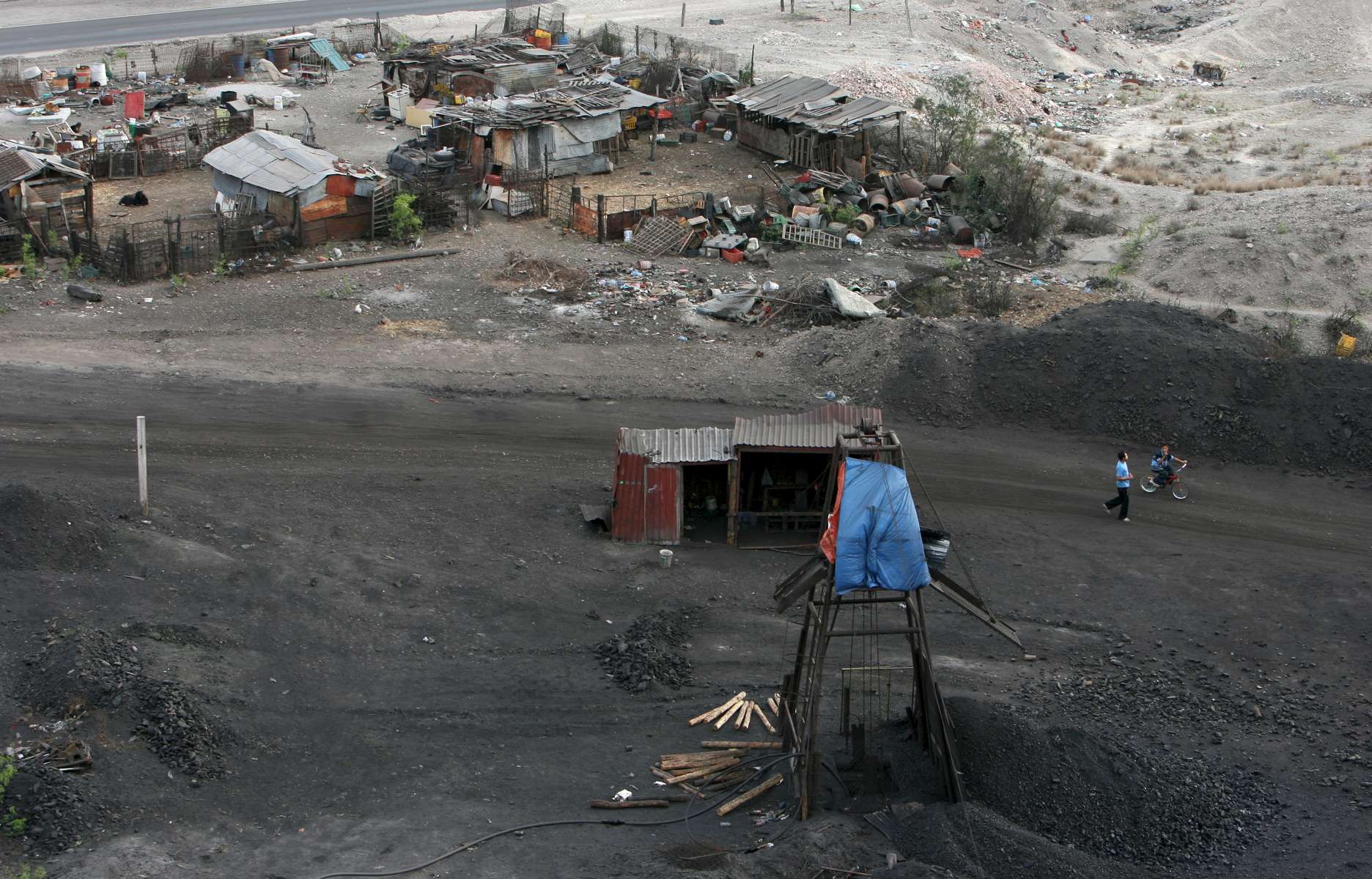 
The landscape and communities near the Pasta de Conchos coal mine in San Juan de Sabinas, Mexico is littered with small vertical mines and coal refuse. In the Early morning on Sunday February 19, 2006, sixty-five miners were trapped as much as 2000 feet below ground after an explosion.