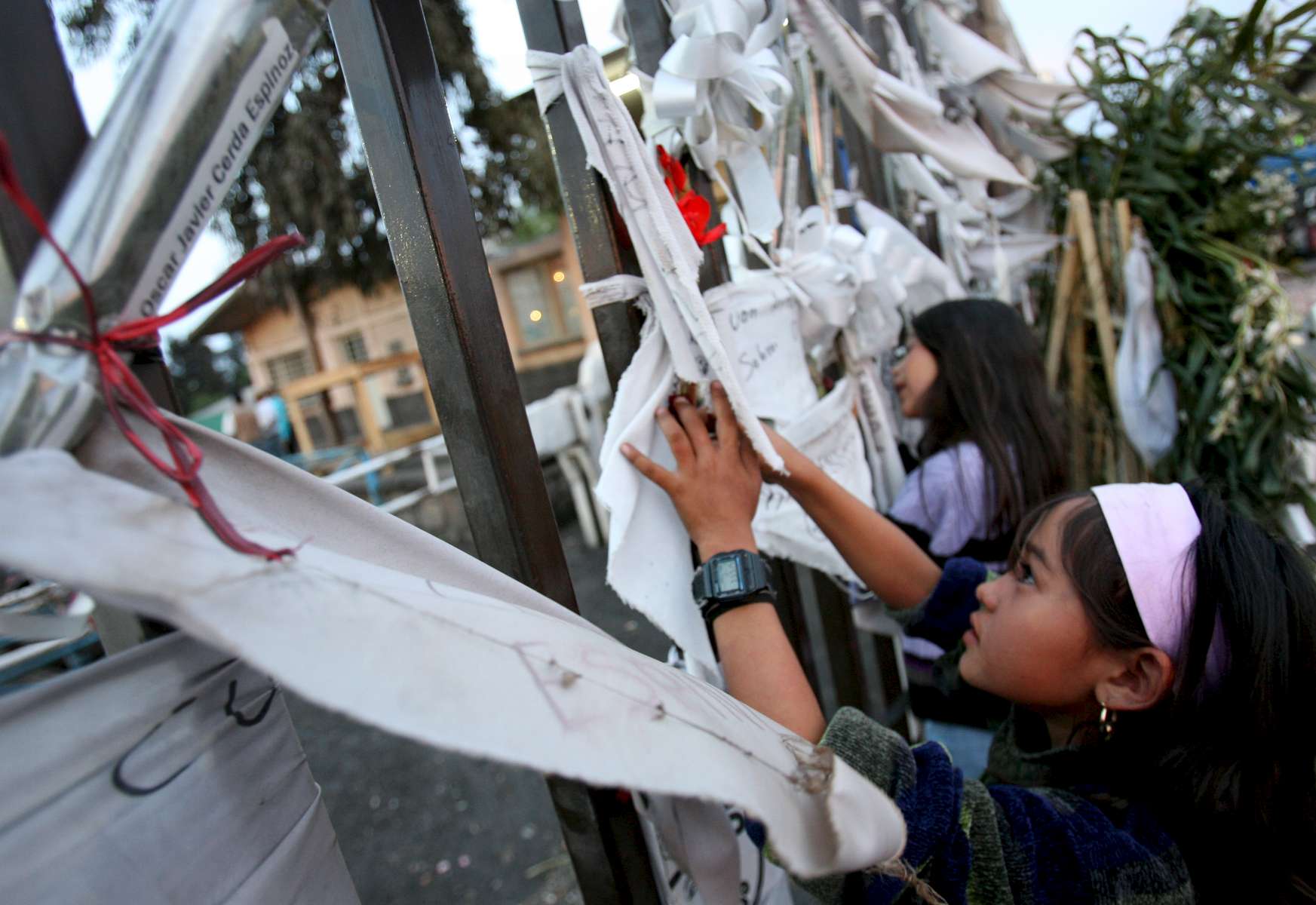 
Anahi Barrintos straightens a bandana with her uncle's name on it which makes up part of a memorial to the trapped miners at the gate to the Pasta de Conchos coal mine in San Juan de Sabinas, Mexico in late March. In the Early morning on Sunday February 19, sixty-five miners were trapped as much as 2000 feet below ground after an explosion.