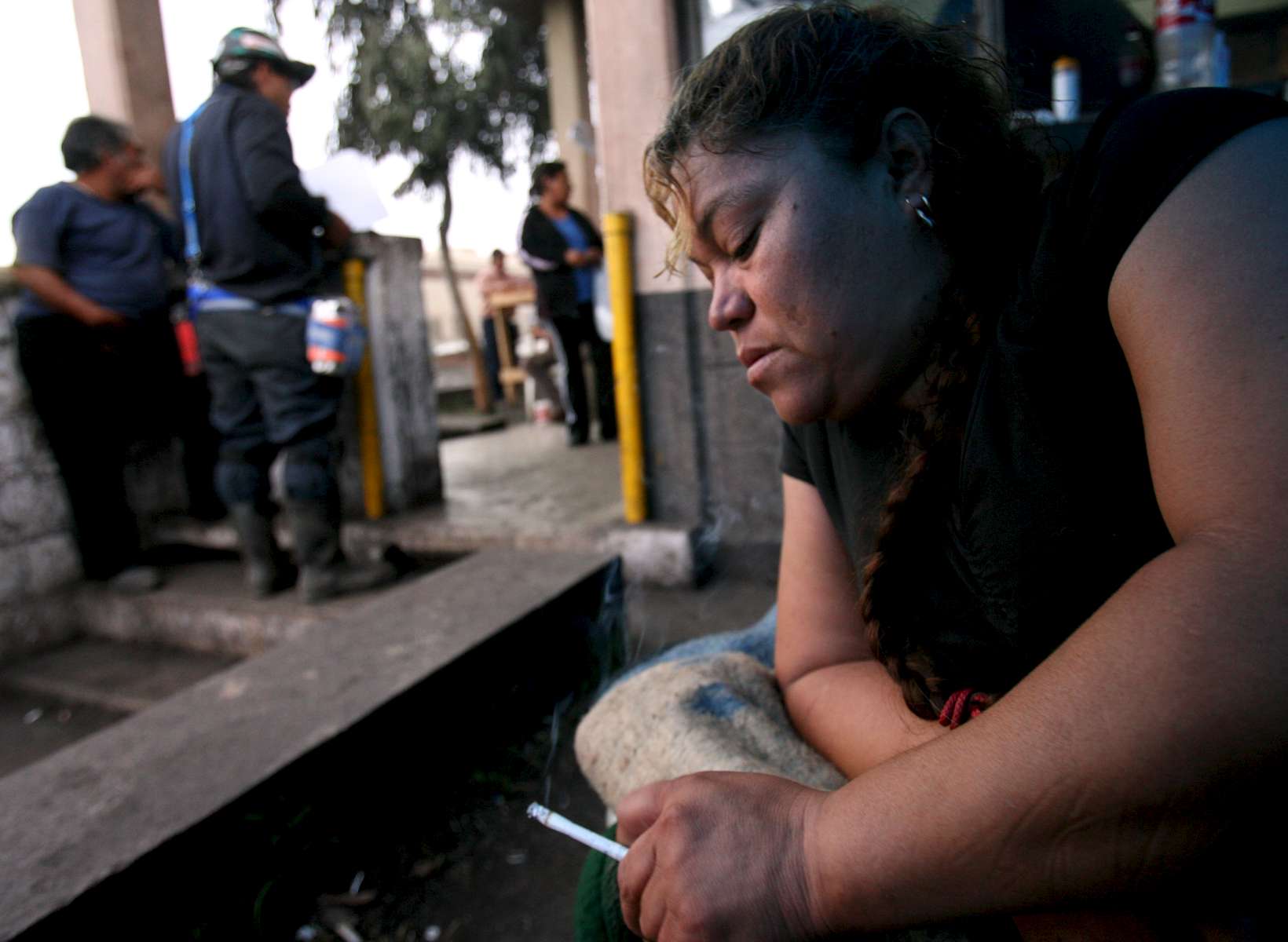 
Maria Hernandez rests on her cot at the entrance to the Pasta de Conchos coal mine in San Juan de Sabinas, Mexico Saturday March 18, 2006 where her husband has been trapped since February 19. " He's going to come out that gate and I'm going to be here awaiting him," said Hernandez. In the Early morning on Sunday February 19, 2006, sixty-five miners were trapped as much as 2000 feet below ground after an explosion.