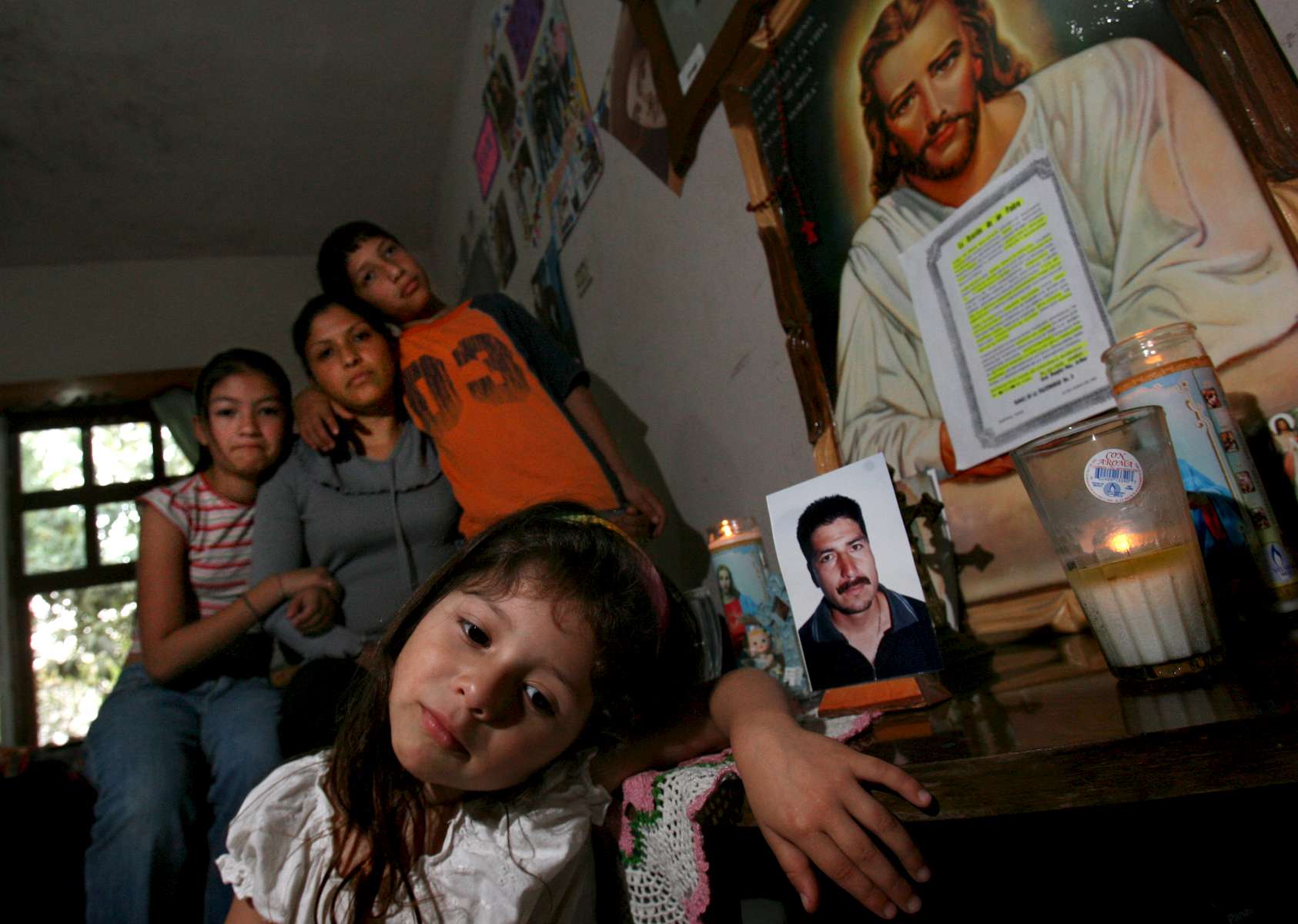 
Stephanie Munoz, 3, sits Saturday March 18, 2006 by an altar in her Palau house erected for her father who is trapped in the Pasta de Conchos coal mine in San Juan de Sabinas, Mexico. From left behind her is her sister Tanya Munoz, 13, her mother Elvira Martinez Espinoza and her brother Christian Munoz, 11. In the Early morning on Sunday February 19,2006 sixty-five miners were trapped as much as 2000 feet below ground after an explosion.