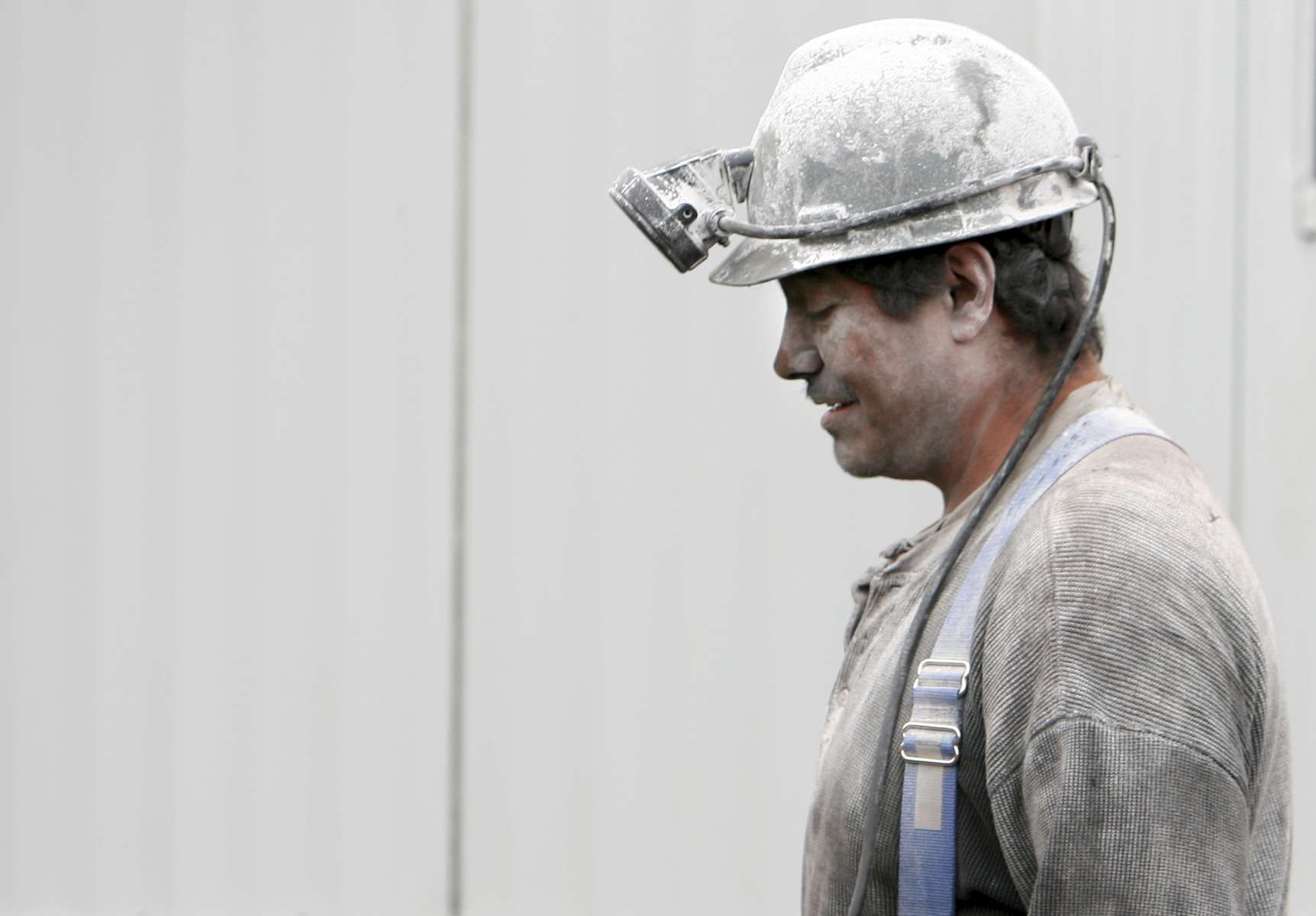 
Armando Torres Castaneda of Palau is covered with limestone dust after emerging from the Pasta de Conchos coal mine in San Juan de Sabinas, Mexico after a shift Friday March 17, 2006. Powdering tunnels with limestone dust is intended to dramatically lessen the impact of an explosion. In the Early morning on Sunday February 19, 2006, sixty-five miners were trapped as much as 2000 feet below ground after an explosion.