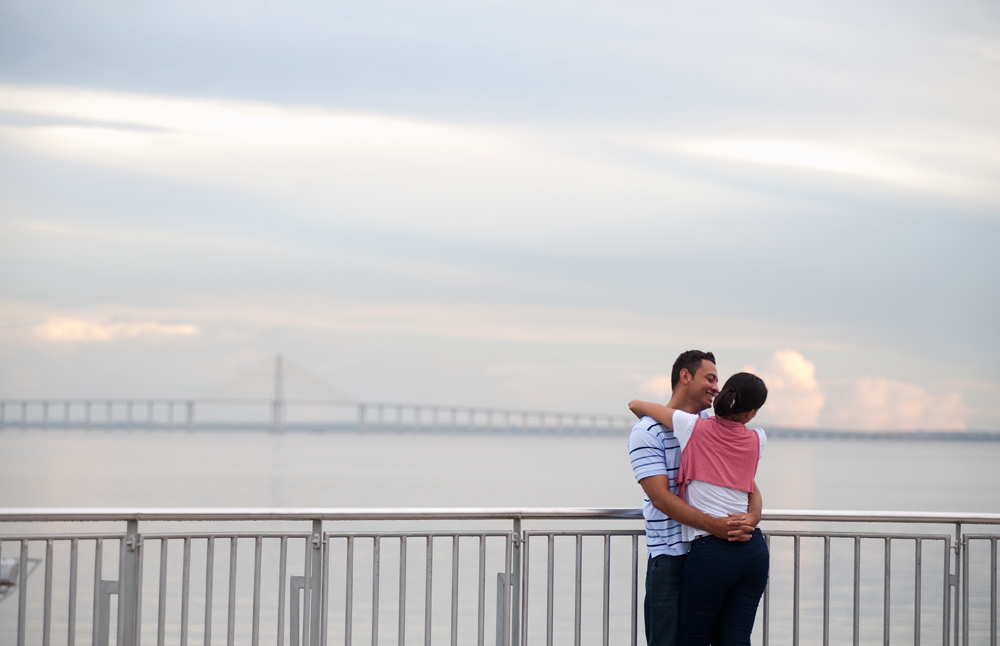 A couple stands near the banks of the Rio Negro in Ponta Negra, an upscale neighborhood of Manaus, on Friday, March 16, 2012.