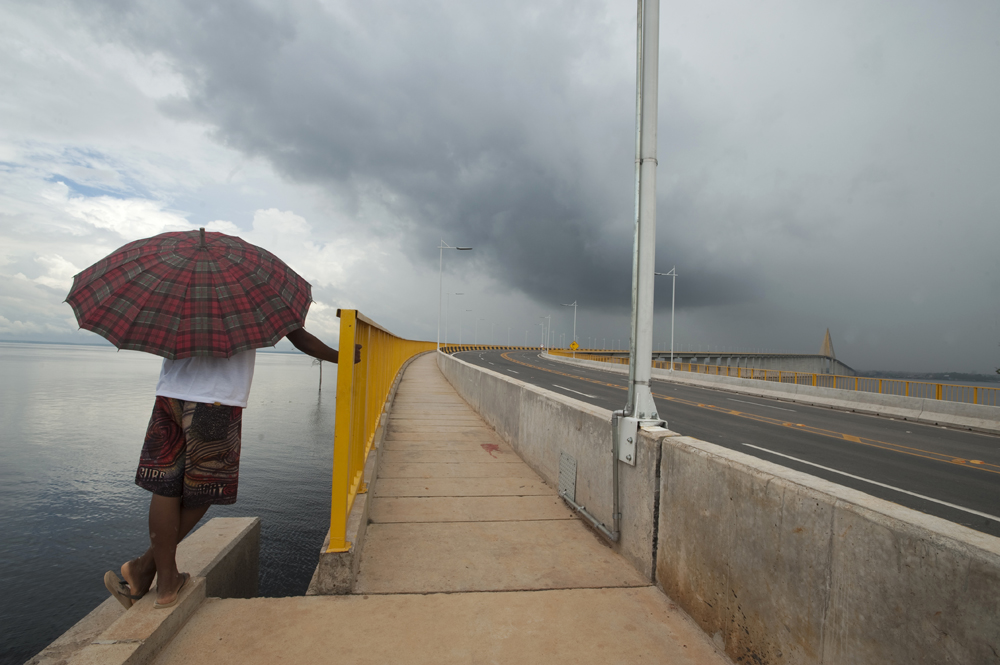 A local man gazes out at the Rio Negro branch of the Amazon River from the end of the Manaus-Iranduba Bridge deep in the Brazilian Amazon. This 3.5 km long bridge was completed last year and is the first to cross the world's greatest river system. It connects three undeveloped towns to Manaus, Brazil. The bridge brings economic opportunities for those living on the far bank but environmentalists fear it because it could open up the fragile rainforest surrounding Manaus to further destruction. But, the locals on the undeveloped side are elated. They can now drive to the city in minutes. In the past, ferrying a vehicle across was too expensive for most at fares as high as $50.