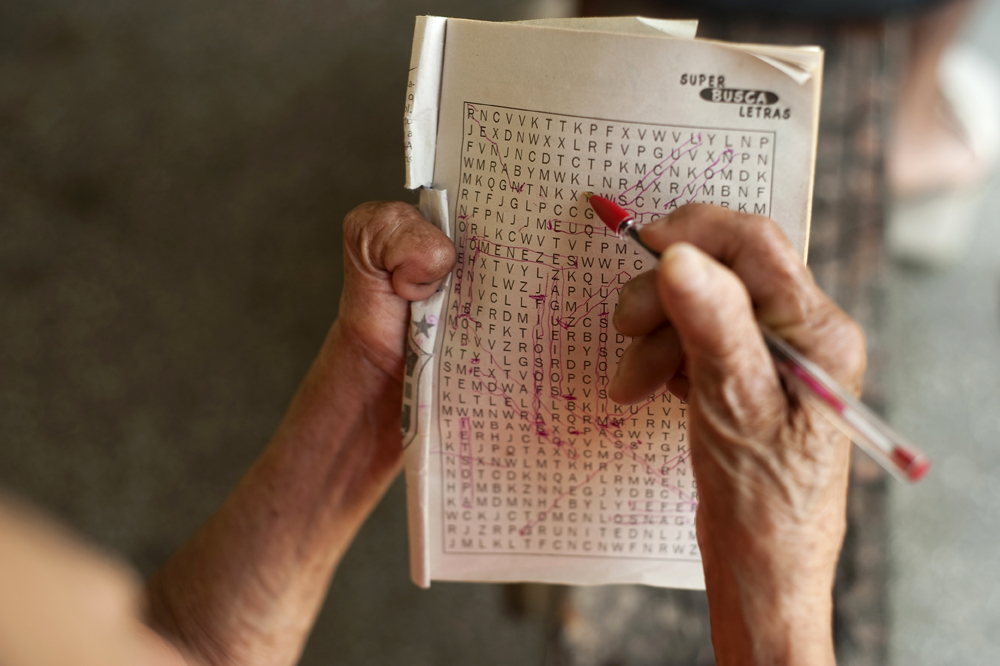 Dalila Matio, 81, stays alert by doing crossword puzzles on Monday, March 12, 2012. She was interned at the now defunct Paricatuba Leprosarium outside Manaus when she was 15 and moved to Colonia Antonio Aleixo in 1966. She met her husband at Paricatuba and they lived together at both leprosariums until they were permitted to leave the grounds for the first time in the late 1960s and live in their own house in the colonia. In 2008, they moved back into the leprosarium. Her husband passed away five years ago.