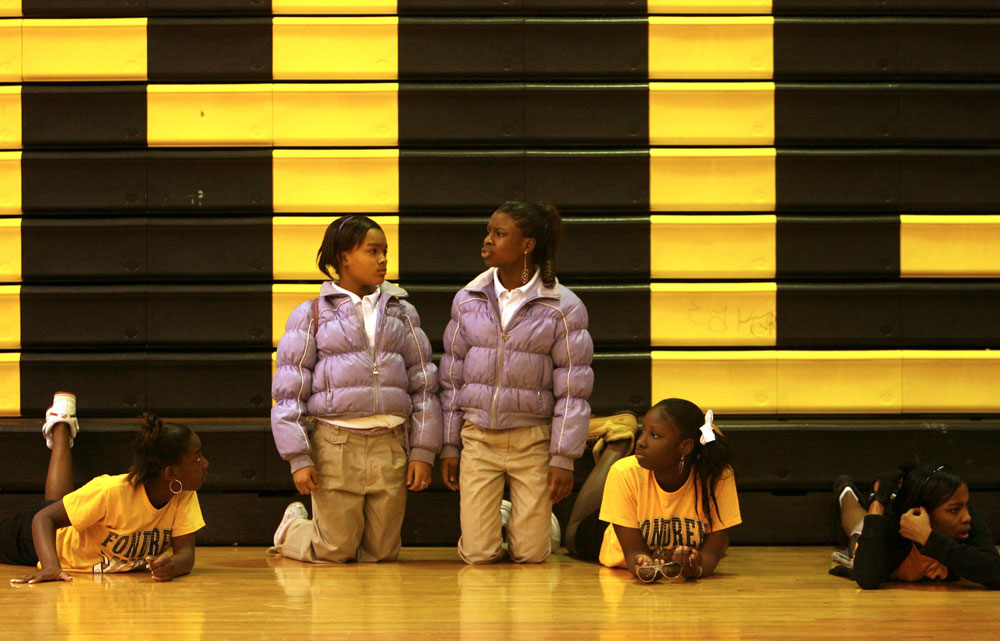 Unfamiliar with the system and without proper gym attire, Brittany Powell, 13, left, and her cousin Vionne Powell, 14, look around as they try to figure out their gym class during their first week of school at Fondren Middle School in Houston where they went to school for only a few weeks before returning to New Orleans. The family had high hopes in their return to the New Orleans neighborhood but after two months they found it dangerous and unlivable and returned to Texas.