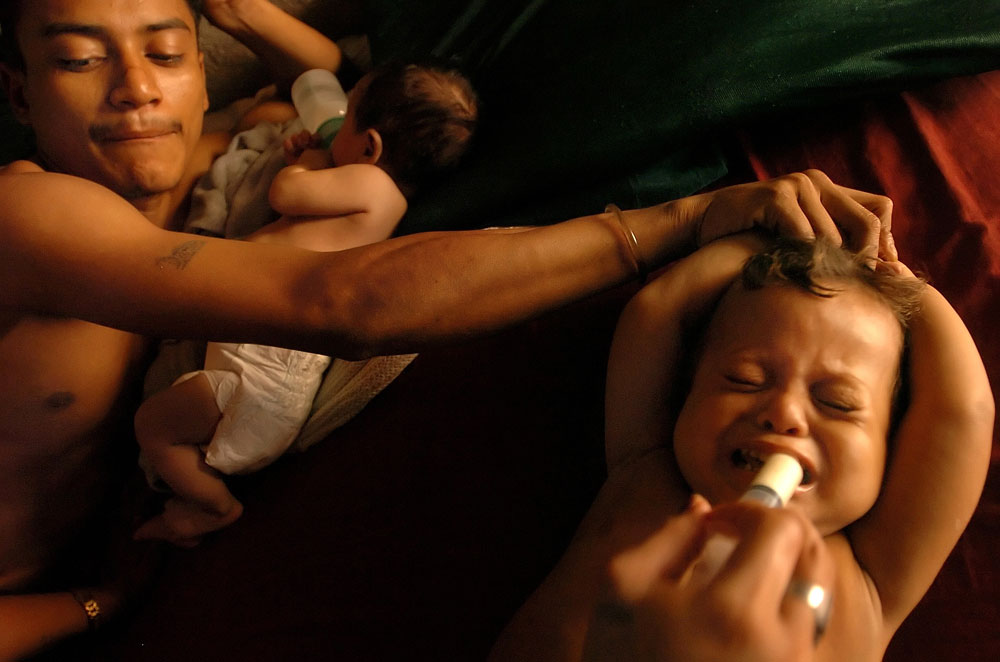 Wilson Martinez, 22, pins down his son Edgar Montoya, 3, as his mother gives him one of his several doses of medication a day in San Pedro Sula, Honduras. Edgar was diagnosed as HIV positive when he was six months old. "I'm not going to tell you I've been a good mother, but I'd rather go hungry than let this one get sick," said Lesly Montoya.

HIV is the primary cause of death among women of childbearing age in Honduras. With over five percent of its population infected, San Pedro Sula, the country's second largest city, has emerged as Central America’s AIDS capital. Lesly Montoya is HIV positive and supports her four children and boyfriend by selling her body.